Although parallel robots appeared later than serial robots, they have filled some industry gaps in both academic theory and practical applications. In the history of development, the advantages of parallel robots are slowly being highlighted.

Specifically, tandem robots are the most commonly used category in industrial application scenarios. Its main advantage is that it has a large working space for its own volume and occupied ground range, and its disadvantage is that it is brought about by the open-loop kinematic structure. Lower stiffness and higher inertia.

In contrast, parallel robots have high rigidity and high bearing capacity due to their closed-chain motion structure; and the drive motors are mostly installed on fixed platforms, so they have the advantages of small inertia and high speed. Combined with the specific workspace of some robots, parallel robots find a unique place in practical engineering.

Stewart robot can be said to be the most classic parallel robot and the first parallel robot to appear in the world. This type of robot was originally invented by Gough in 1947 and was used to detect tire wear under various loading conditions.

The link between Stewart and Gough stems from Stewart's 1965 paper mentioning Gough's work and images of such platforms, which had an important impact on the development of parallel robot kinematics. Based on this, parallel robots with this type of configuration are also called Gough-Stewart robots. 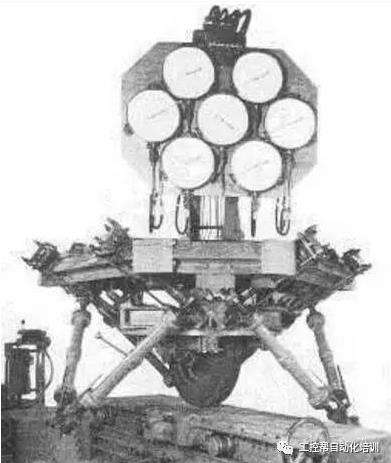 The robot has six degrees of freedom and has six branch chains. The two ends of each branch chain are ball pairs, and a moving pair connects two rods in the middle. Due to its advantages of high stiffness and heavy load, Stewart robots are often used in various heavy-load simulation platforms, such as flight simulators, earthquake simulation platforms, aerospace docking devices, and for determining the performance of tires under combined loads; in Civilian applications include movie seats, etc.

Another parallel robot with trans-epochal significance, the Delta robot, was invented in the 1980s by Reyrnond Clavel. The original intention of this new type of robotic invention was to manipulate light and small objects at very high speeds. In 1991, Reyrnond Clavel submitted his doctoral thesis and filed a patent for the Delta robot at the same time. He received the Golden Robot Award in 1999 for his contributions to the field of Delta robotics.

In 1999, ABB began selling Delta robots. It was not until its patent was lifted in 2012 that domestic robot companies began to produce and sell Delta robots. ABB has also become the most mature company for delta robots in the world. At present, the manufacturers with more domestic shipments include Astro Boy Robot, Berkent Robot, and Li Qun Automation.

The biggest advantage of the Delta robot is its high speed. The standard cycle time of Berkent's high-speed parallel robots in the industry has reached 433 times/min, which exceeds that of foreign brands. It can be seen that the Delta robot is very suitable for grasping and handling small-weight objects, so it is widely used in large-scale applications. Food, medicine, 3C and other fields. 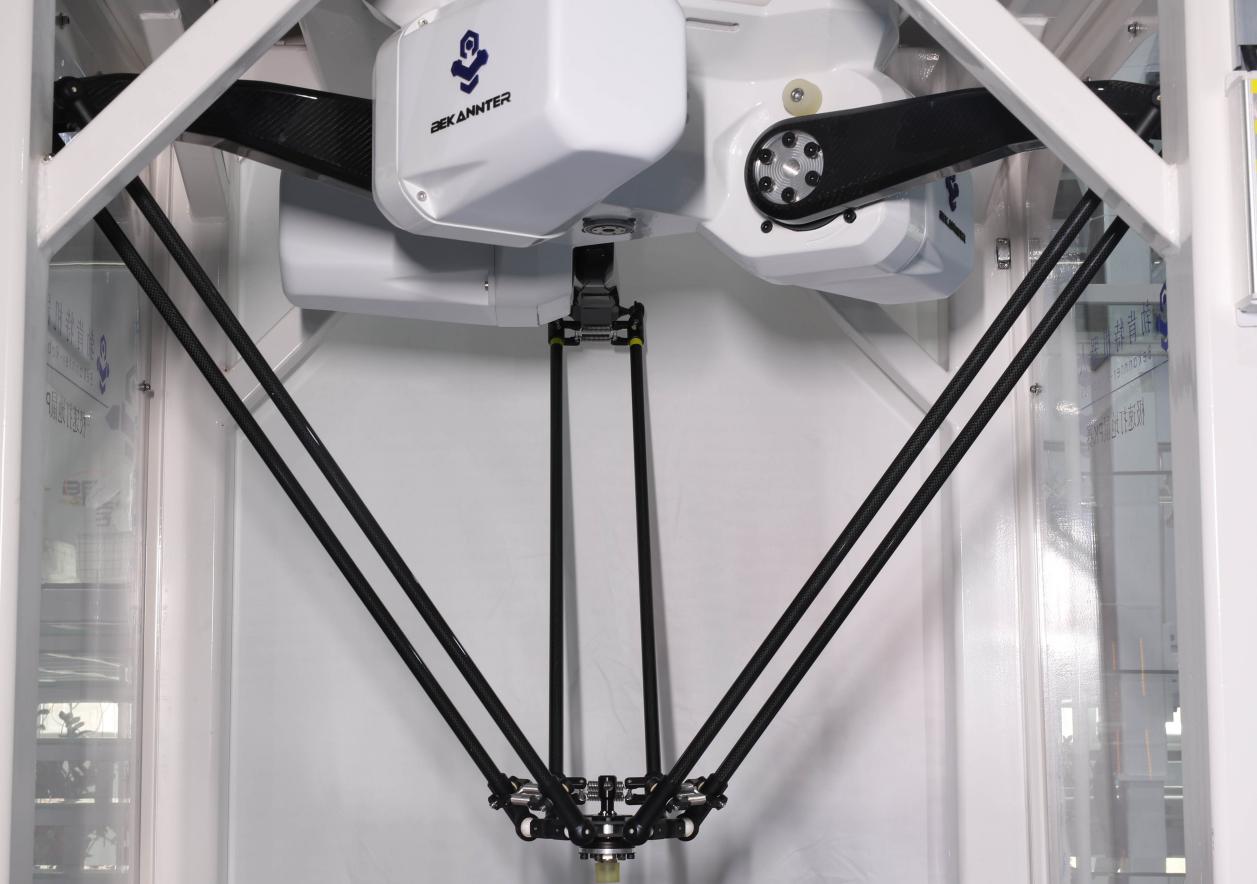 Not only that, but on the basis of the traditional Delta robot, there are many variants that give the robot more degrees of freedom to meet engineering needs while retaining its high speed.

(1) A UPU branch chain is added to the center of the fixed platform of the robot to make it a robot with four branches and four degrees of freedom, and a rotation perpendicular to the moving platform is added.

(2) A small rotating motor, etc. is added to the moving platform, thereby increasing the degree of freedom of the robot, which is the same as the previous variant robot.

(3) The Adept Quattro robot adds a branch chain to the three branch chains of the Delta robot, making it a redundant robot with four drives and three degrees of freedom. Compared with the same type of robot, its high efficiency can save 23% of energy. At the same time, the speed can be greatly increased on the basis of delta.

The five-rod robot is the simplest parallel robot with two degrees of freedom and can move in two dimensions on a plane. It is usually used in conjunction with a parallelogram mechanism to ensure that the posture of the end effector remains unchanged. In practical industrial applications, it is mainly used in the handling of food, medicine, 3C and other fields.

The dexterous eye robot has three degrees of freedom, and its moving platform can rotate in three dimensions. The robot has three branch chains, and each branch chain has two rods and three rotating pairs. The axes of all rotating pairs of the robot meet at one point. Based on this feature, the moving platform can only perform three-degree-of-freedom rotational motion around this point.

Due to the unique kinematics and working space characteristics of smart eye robots, they are often used in robot eyeballs, satellite antennas, robot shoulder joints, wrist joints and other occasions.

It is worth mentioning that the practical application of parallel robots is not limited to this. For example, 3-SPS-PS robots and branched-chain nested parallel robots have great potential in engineering applications due to their workspace characteristics.

The change in configuration belongs to the bottom-level change of the robot, while the R&D cost of the robot industry is high, the cycle is long, and the industry is aimed at making profits, so it is more inclined to seek stability, so even the big four robot manufacturers at the family level, treat new products. The robots of different configurations are also very cautious. This is also the reason why the potential of many parallel robot configurations in engineering practice has not been fully tapped.