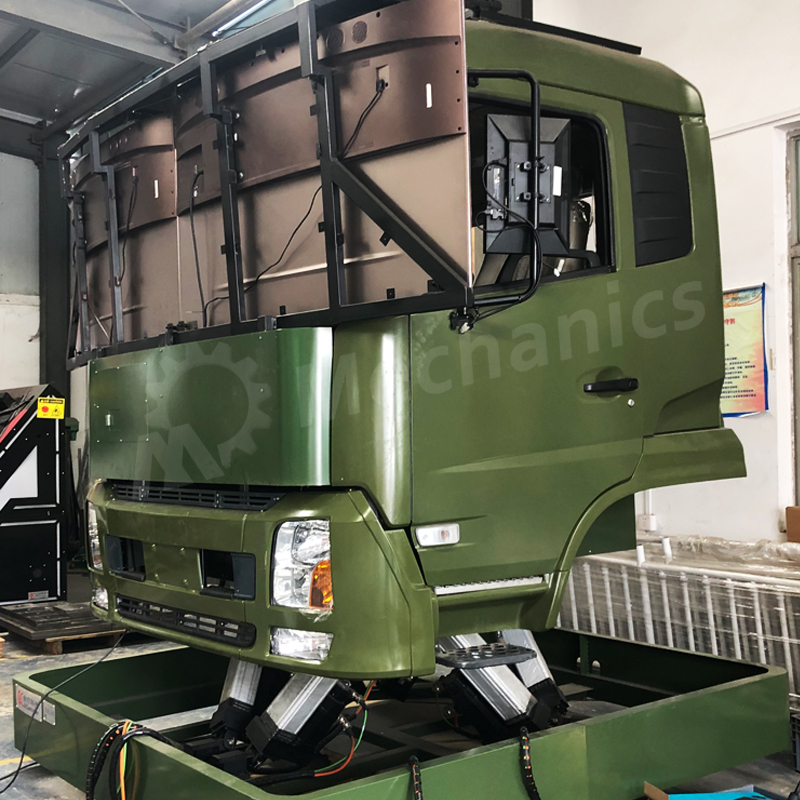 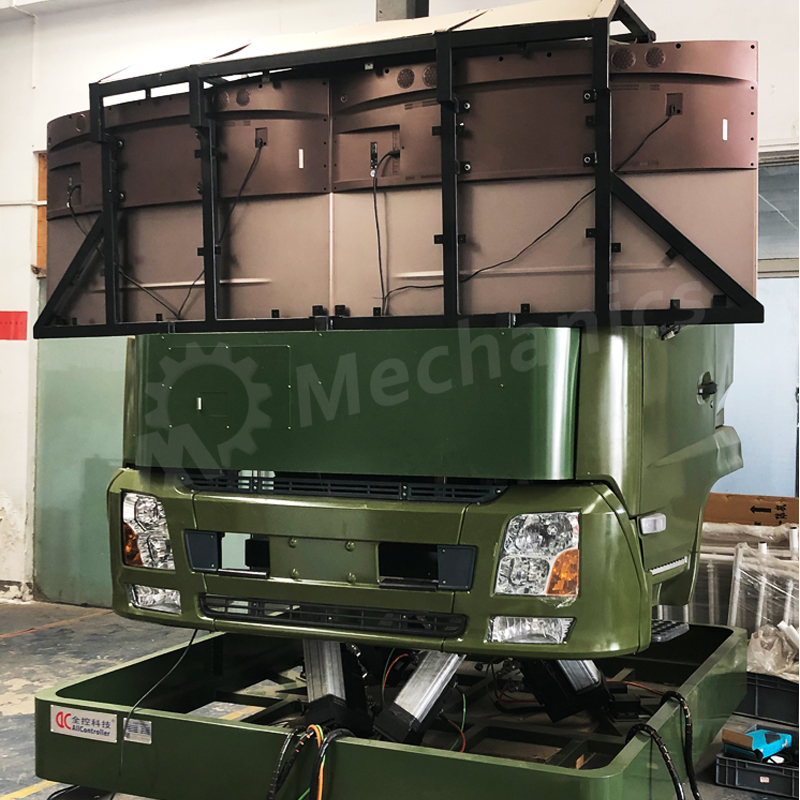 , 6DOF motion platform, microcontroller, servo drive system, etc. (as shown in the figure below). The 6DOF platform system consists of the 6DOF motion platform of the Stewart mechanism, the computer control system, and the drive system. The lower platform is installed on a fixed base on the ground, and the upper platform is a supporting platform. The computer control system realizes the motion of the motion platform with six degrees of freedom by coordinating and controlling the stroke of the electric cylinder, that is, the three translational motions in the Cartesian coordinate system and the rotation around the three coordinate axes.

According to the training and recurrent training requirements of the army system, the company upgraded the original single-screen and three-screen driving simulators, and produced a military transport vehicle driving simulation training system with 4D motion, 3 degrees of freedom and 6 degrees of freedom. Field off-road vehicle driving simulator, large truck special vehicle driving simulation training system, modified and customized according to the current models of the army, such as: China National Heavy Duty Truck, Beiben Heavy Truck, Foton Heavy Truck, Dongfeng Tianjin, and other models, absorbing domestic and foreign advanced three-dimensional Three-dimensional simulation technology, using a dynamic platform to read the force feedback data during driving in real time, and dynamically reflect the data to the driver, it can realize the centrifugal force of the real car, push the back, shake, bump, restore the state of various road conditions, let The driver can feel in the cockpit and experience the visual and tactile impact of various road conditions while driving.