The motion simulation game platform plug-in is a real game software platform that obtains the posture of the moving body from the game, that is to say, the corresponding actual terrain feedback. Its built-in image analysis engine tool captures data from the five communication DMA pipeline communication links of CPU, GPU, memory, video memory, and hard disk, extracts effective camera data of moving subjects, and analyzes the game screen frame by frame to identify The attitude of the current vehicle/aircraft and the current site conditions are obtained, and then the current screen information is transmitted to the motion control card of the electric platform.

We don't need to read the signal of the game steering wheel such as G27/G29 and transmit it to the control board, because the action obtained in this way is unreal. We directly obtain the pose information of the game scene, so that the most realistic action can be obtained. 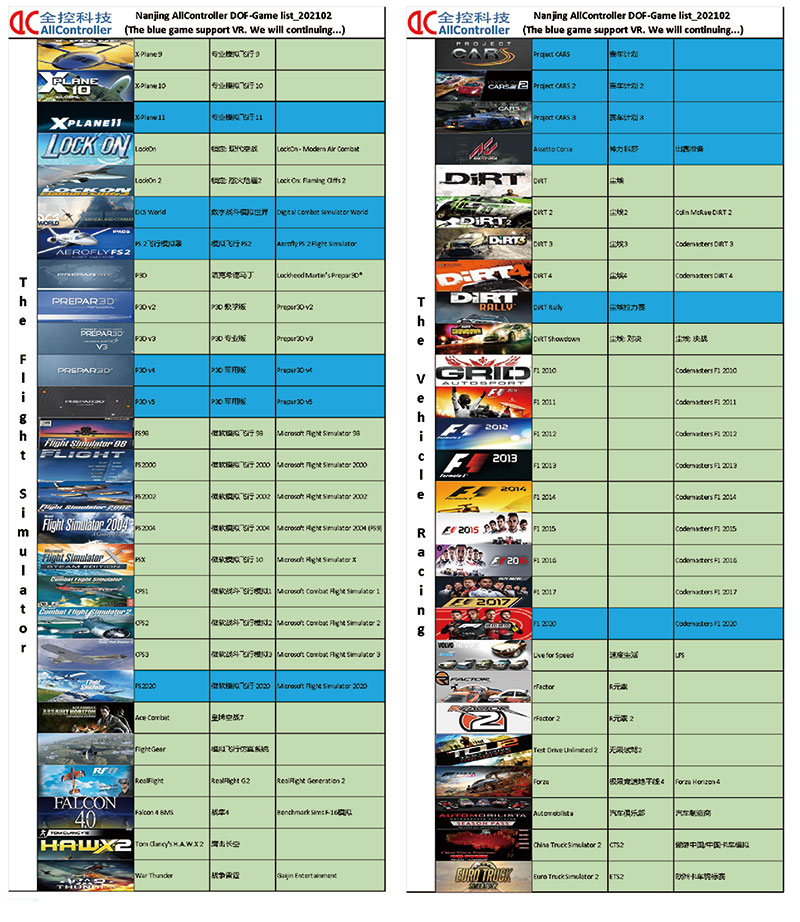