Specifics, Applications and Functions of the 6DOF Stewart Motion Platform

The 6DOF motion simulation platform simulator system is composed of Stewart multi-degree-of-freedom motion platform, computer control system, motor drive system and so on. The bottom platform is fixed on the ground and the top platform is used to support the load. A computer control system is programmed to control the stroke and speed of the electric linear actuators to achieve multi-degree-of-freedom motion of the motion platform in three-dimensional space. Specifically, the motion platform can freely change position, eg, translate forward/backward (surge), up/down (heave), left/right (swing) in three vertical axes, and generally Changing direction by rotating around three vertical axes is called yaw (normal axis), pitch (horizontal axis) and roll (vertical axis). 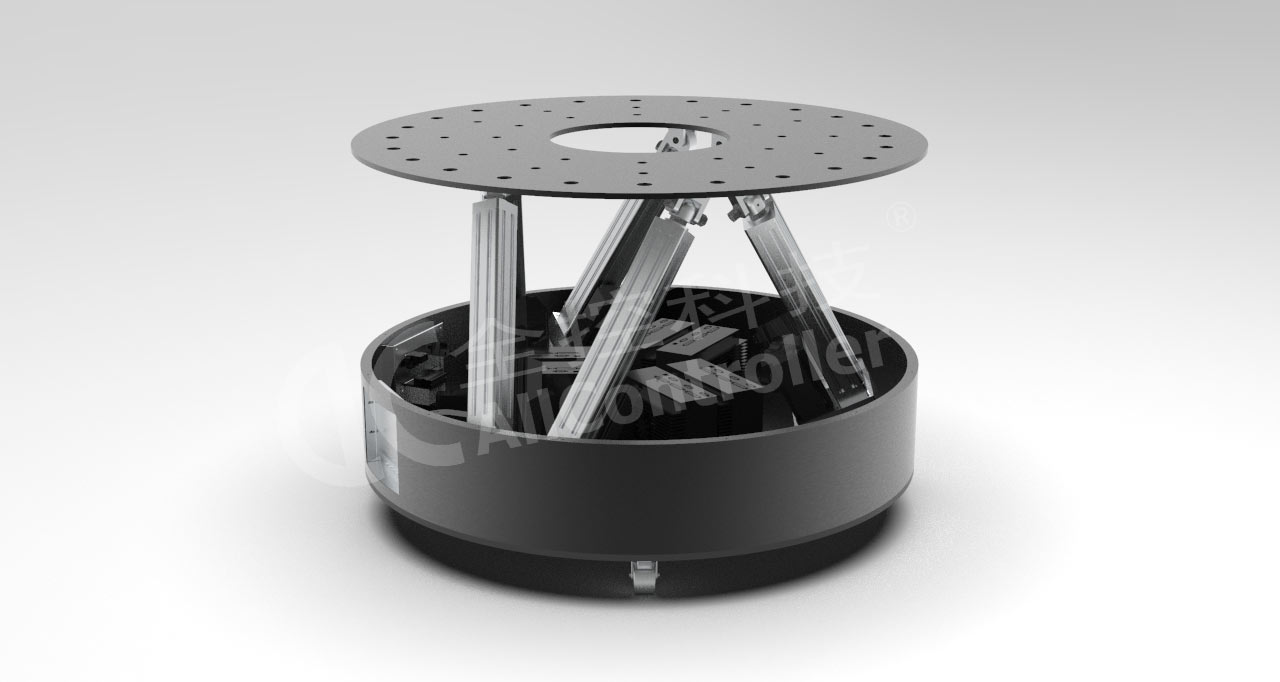 The 6DOF Stewart motion platform has the following characteristics:

3. The 6dof platform adopts a symmetrical structure with good isotropy.

4. Regarding the position solution, it is easy to find the positive solution for the series mechanism, but it is very difficult to find the inverse solution. easy to accomplish.

6. The role of the electronic control unit is to receive the command data output from the control system and transmit it to the servo driver. The driver amplifies the signal to control the movement of the motor, drives the electric cylinder, and finally makes the base realize various postures, including machine tools, motion control Cards, servo drives, servo motors, resistance meters and related electrical components, etc.

8. In the drive system of the 6dof platform, the servo electric cylinder omits the intermediate energy conversion link, so that the motor directly generates force and torque, so as to determine the high efficiency of the movement process, with small size, fast response, convenient use and low cost. Advantage, no complicated piping system is required.

The main applications of the six-degree-of-freedom Stewart motion platform:

The main functions of the six-degree-of-freedom Stewart motion platform:

2. The motion reproduction of wave spectrum, road spectrum and flight spectrum can be realized;

3. The origin of the motion coordinate system can be translated to a certain point of the specimen;

5. The control system adopts real-time control, and the control system should be able to record the motion parameters of the six-degree-of-freedom platform in real time and reproduce the test process with three-dimensional animation;

6. It has an independent real-time measurement system.